“Do our hearts mend when we close the doors behind us? The guardians of our souls and hearts do not forget, and only forgive when you are ready to yield. Our souls are our record keepers. Our lives pass through one doorway to another. Each one gives us a choice. Choose well. Your future depends on it.”

Did you ever begin writing a book, a short story, a poem – and felt your mind flowing through the topic with ease? Was there a time when the time stood still? Did you hear the clock ticking away minutes, hours staring at a blank page or a screen?

Did write down sentences only to erase them – reformulating the phrases over and over again?

How do we overcome blocks in self-expression?

GROWING UP IN THE ‘ARTWAY’

In the 70’s my parents embraced the “new age” methodologies of meditation and raising children intuitively and with encouragement. We have an artistic heritage in our family, so it was natural that we took lessons in singing, playing music, acting, writing, drawing, dancing – to mention a few of our hobbies.

The same extended to language studies and math. I was four years old when my mother would place apples in front of me combining, e.g., 1 + 2 apples to test how fast I would pick up the patterns. The oddest thing was, I did not so much calculate the answer as I “read” it.

As long as my mother was in the room, I knew the answer. When she departed, the apples became a puzzle to me. Either way, my early lessons helped my way through the math classes up to the 6th grade with ease.

My pre-school language lessons helped me to jump from Swedish to English during primary school years and catch up on 3-years of English studies in one year. Creative freedom, when encouraged by parents, is a more significant source of knowledge than any other tool you can gain for your future.

Despite the encouragement to learn fine arts, my parent’s generation born during the wartime did not consider fine arts as a “proper” profession, so I kept it as a passion profession next to my day jobs.

So how does your childhood – whether or not intuition was encouraged – help you in creative self-transformation?

My newly released photographic journey book, The Dreaming Doors, theme, and ideology came to me early on, and it was with ease when I wrote down the poems during my travels year 2012-2015. As a visual person, I saw the outcome of my book early on. It was a tribute to the beautiful old towns we visited during the past decade.

The result was very different from what I had envisioned. I had five years in between the writing and creating a visualization of the book. During these years I had gone through self-transformation ‘rP r to the power of P,’ i.e., I was a different person now than the one who started the book.

The person traveling the world, and looking at the doorways, had yet to open some of the larger and heavier doors to the past. For most of my life, I had not believed in looking into the past, especially to my childhood.

As an action centered leader (read more from Free Management eBooks) I believed in resolutions, problem-solving, moving onwards instead of clinging on to an old trauma. I had to learn the difference between accepting the past and forgetting the past. Childhood has an enormous impact on us. Instead of avoiding the awkward phases, we should use them as a source of creation.

Our creative force is always a mix of feelings including joy, sorrow, pain, comfort, love, echoes of the past mixed with silence.

From the very beginning, I had my goal set, a timeframe in mind, and a vision. I had years of experience working in tough, international projects. Compared to my regular day-job, this was a single-track path. My goal and execution method was to fill in two blank pages every two weeks with a design and a poem.

What was my starting point to this project?

Since 2012 I faced constant chronic illnesses with decreasing moments of relief. I still had the “escape route” of travel, but it was becoming taxing. At the end of the year 2015, I finally had to give up, stay home, and admit that my physical endurance had dried out. A profound change had happened. My immune system had begun to unravel.

It was frustrating. I poured my prior travel energy into learning how to negotiate my way through social media channels. It had become an official role in my day job as well. I enjoyed being an evangelist and a tutor in employee advocacy.

December 2017 I finally began writing and outlining ‘The Dreaming Doors’ with a certainty that I might at best finish it in three months. I finished it a month later than I had initially planned, May 2018.

Where was I ten months ago before starting the book project?

In September 2017 I went into the hospital with critical pneumonia. I spent two weeks in the Intensive Care, and the next three to four months at home. I had lost most of my muscle power, and a gained a great deal of trauma I had to unravel before I could start designing the book.

During my time at the IC, the man who never believed in energy healing brought my favorite jewelry to the hospital and placed them in my arms every time he visited.  My husband thought if I felt the healing power in crystals that was enough for him. I had no recollection that he was even there.

My mind was in between worlds, but he sat next to me for two hours every single day (even after 12-hour work shifts). When he was there, I recalled in my dreams that I had to head back home.

I do not believe in easy outcomes, but when my old symptoms returned three-fold, I wanted to give up on everything. I was not afraid. I was just tired and furious. Unlike Asterix and Obelix fearing the sky would fall on them, I was ready to go out and scream: “Here I am! Bring out your worst!”

Time is a great healer. In several months I started to regain my strength, appetite and some shape and form to my physique. Now, 10 months later I can travel a day trip of max 300 km if needed when someone else is driving, and I have my home-cooked meals with me.

How did I achieve my creative dream?

Being home for several months on sick leave and having to mainly rest, I went back to my roots and begun to accept who I had been and who I was now.

Using The Digital Ecosystem of Creation

When I began the actual design phase for my book after such a rough stage, I knew I wanted someone from the artistic world to accompany me. After several months of spending more time on social media, I had come across fantastic and intelligent minds all over the world.

That is how I met Caroline Cunningham, a creative, intuitive, skilled, passionate painter, and writer from Ireland specialized in Authentic Reflexology. Caroline shared my passion for old doorways, and her reflexology blogs were highly regarded in the Ireland Blog Awards in 2015 and 2017. I knew I was in a good company.  It may not come as a surprise, that she was a math expert before finding her authentic path. A perfect match for a global telecommunication specialist/artist.

Caroline has been a great sparring partner, and to this date, I confess, we have not once spoken over the phone. We managed to communicate through digital means during the entire book project.

The sources of digital empowerment are limitless! The projects I do are typically created digitally from start to finish. I am careful about copyright aspects and feel that I want to learn each creative process end-to-end.

The greatest thing about creative digital projects is that they require very little capital. There are vast amounts of free tools and platforms and ways to express yourself via podcasts, micro-blogs, vimeos, chats, groups, collaboration platforms, etc.

If I was able to accomplish my book project against all the odds, so can you! Keep it simple! Follow your heart. If you need further ideas, it is worth to scan through the ‘100 Art Therapy Exercises’.

If you would like to brainstorm ideas for your creative journey, you know where to find me :).

“Be not afraid, of the door into the unknown. The love and light passed on await you. In time you cross that threshold. Alone. Never without guidance. Only shadows to follow you are the ones you hold on to. Let go.”

A special thank you to the BizCatalyst 360° Team, (Dennis Pitocco, Editor-in-Chief) for their support, inspiration, and patronage in my author’s journey! 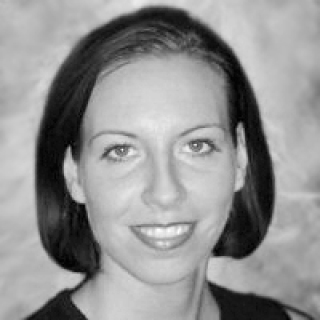